A Riff on Chicken Fricassee 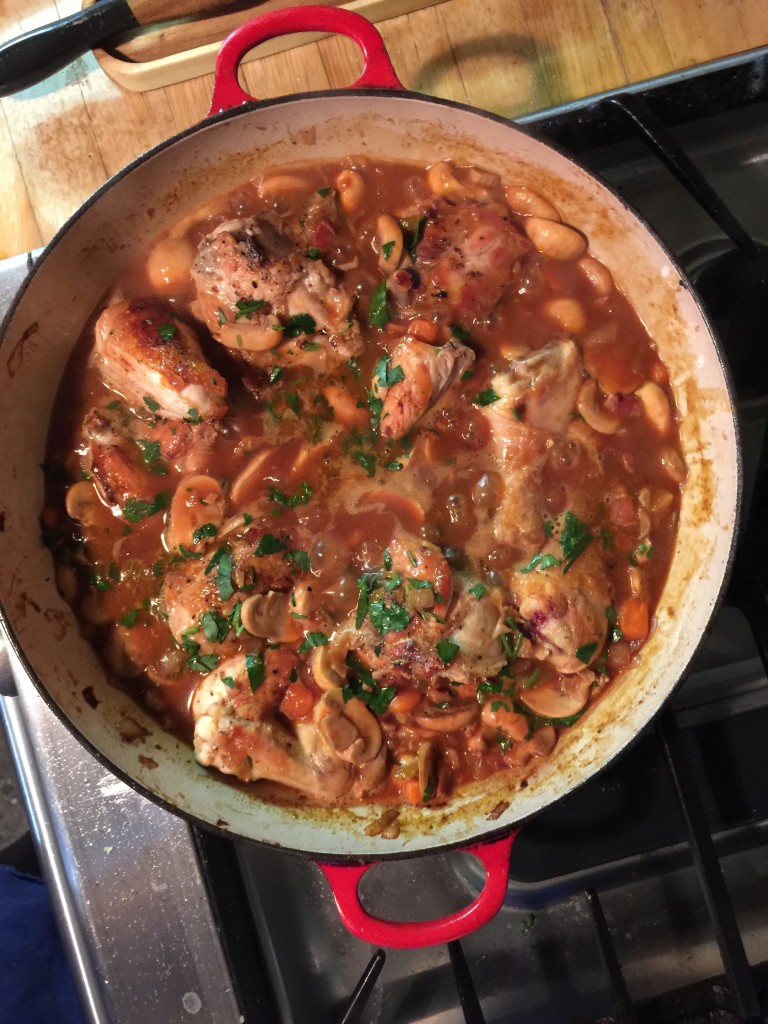 There was a whole chicken in the fridge and an increasing number of people to feed, so my plan for roast chicken flew out the window. Instead, I cut the bird into 10 pieces (breast parts in half), and put the back bone, wing tips and neck into some simmering salted water for a quick broth. Strategically, I decided to make as much sauce with the braise as I could, and cook a big pot of noodles so there was plenty for everyone to eat (at least four fellas and me). Braised cabbage was on the side. Usually this dish is made with white wine but I only had red on hand, No big deal. But I did have some bacon, carrots, onions and mushrooms. And, I was in a hurry so a few steps were eclipsed.

If you want a more traditional vibe, then use white wine, and skip the tomato paste. Stir in some cream at the end. New updated proverb: A bird in the fridge is worth two in a braise!