When Is Chicken Parm not Parm? 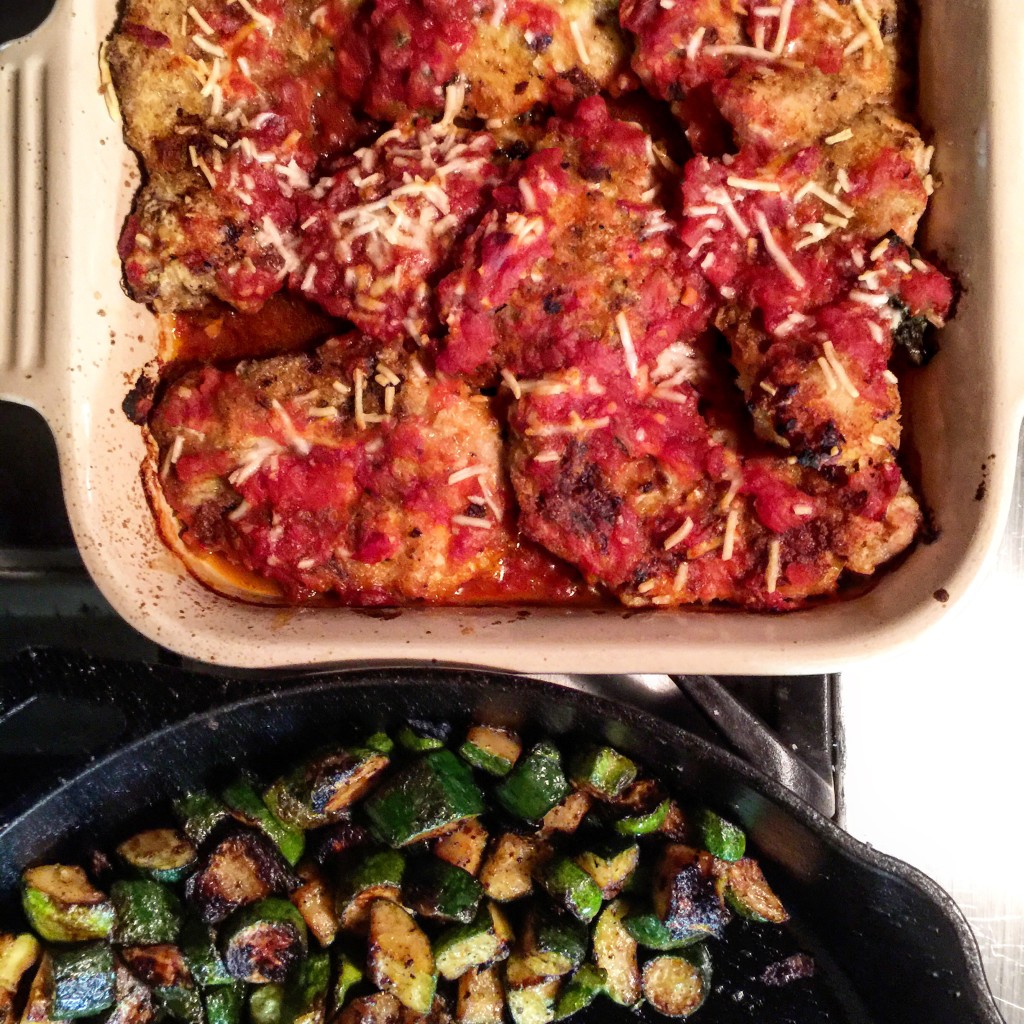 When you realize there isn’t any Parmesan cheese or mozzarella in the fridge BUT, you thought that there was. The Burrata, brought home from a catering job by Miles just looked like mozz. I remembered a tub of store-bought preshredded Romano cheese languishing in the back of the fridge. And here’s the thing about Romano cheese: it actually has more tang, zing and saltiness than Parm, which make it an excellent cooking cheese. Why waist the cost and subtle flavor (in its natural state) of Parm, if you’re just going to cook it? My poor Italian relatives, with little choice knew this—and my WASP mom trying to keep up with the Ital grannies knew it too, which is why it goes in her meatballs, and her baked artichokes. Anyway, the Romano replaces the Parm here, along with breadcrumbs (kept in the freezer). Bread heals, bits and bobs of leftover bread gets blended into breadcrunbs, and stashed for just this reason.

I always salt and pepper the chicken cutlets before SBP (standard breading procedure), which involves

3. Finally, coat of the breadcrumb-cheese mixture.

I cook them in olive oil, until brown on both sides, and then layer into a red-sauce laden shallow casserole and bake at 400 for about 20 minutes. Here was another decision: since mozz’s cousin burrata is liquidy and creamy on the inside, it wouldn’t have baked well. So once the bubbling, sauce-dolloped cutlets came out of the oven, I topped each one with an oozing chunk of burrata.

One more thing—after the cutlets were fried, bits of golden fond-deliciousness were left behind in a hot pan. I fried the zucchini cubes in that pan—hot and fast—without crowning the it, with lots of black pepper, and salt at the very end, hence the golden caramelized taste (vs. soft, mushy, yucky zuch). For the everyday home cook, impov is often where it’s at.