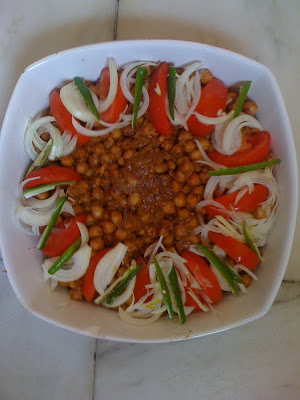 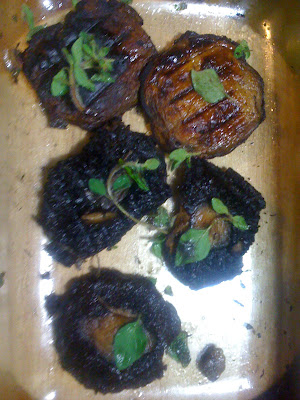 It know it seems like all we ever do is cook meat and, well–we really do cook a lot of it. But now and then–about once a week we have rice and beans (okay-they often have a small amount of cured pork product inside) BUT–one of my favorite dinners is the Spicy Chick Peas–otherwise known as chana masala which is such an awesome dish–garlic, onion, ginger, chili and the sweet spices ginger, cinnamon , garam masala–some tomato paste, lemon juice all sauteed and simmered together. The recipe is in MH. I like to use dry chick peas and rehydrate which makes the most inexpensive meal but you need to think ahead for that. But canned chick peas are almost as good and the whole dish will be cooked in the amount of time it takes to make the rice. I serve it garnished with sliced tomato, white onion and fresh green chili, a big pot of basmati rice, yogurt mixed with diced cucumber (raita) and some Indian bread (naan) or whole wheat pita bread. The meal makes a lot of servings (and is great the next day) and is so tasty–filled with big, satisfying flavors. Also here we had some grilled portobello mushrooms (recipe also in MH)—the vege alternative to steak.