Inside out linguini with clams 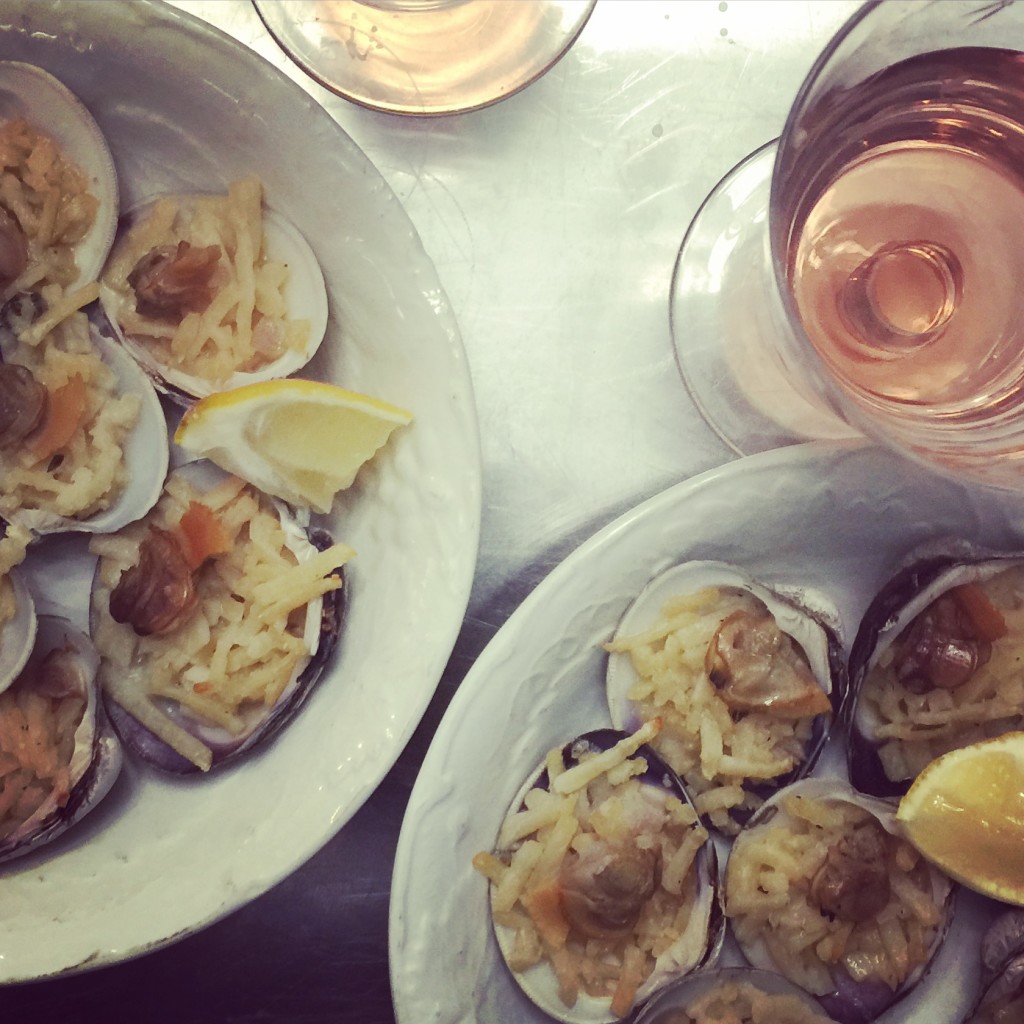 Now and then a new idea hits me–and by new I mean a new way to do a favorite thing. I had a couple dozen clams, and some leftover pasta . While I was headed for Clams Casino, instead here’s what happened: roughly chop some leftover pasta (mine was already tossed in butter, lemon and parsley). Next steam the cleaned clams (and by cleaned I mean well-scrubbed of sandy grit) in a little water until just opened. Remove the meat from the shells.  Place a small pile of pasta in each shell. Top with a cooked clam. Drizzle with olive oil and low broil (not too close to the flame) for a couple minutes until the pasta is heated through but the clams are still tender. Pay attention so it doesn’t burn. Remove from the oven, and squeeze over some fresh lemon juice. Serve with cold Rose. Yum. LSQ