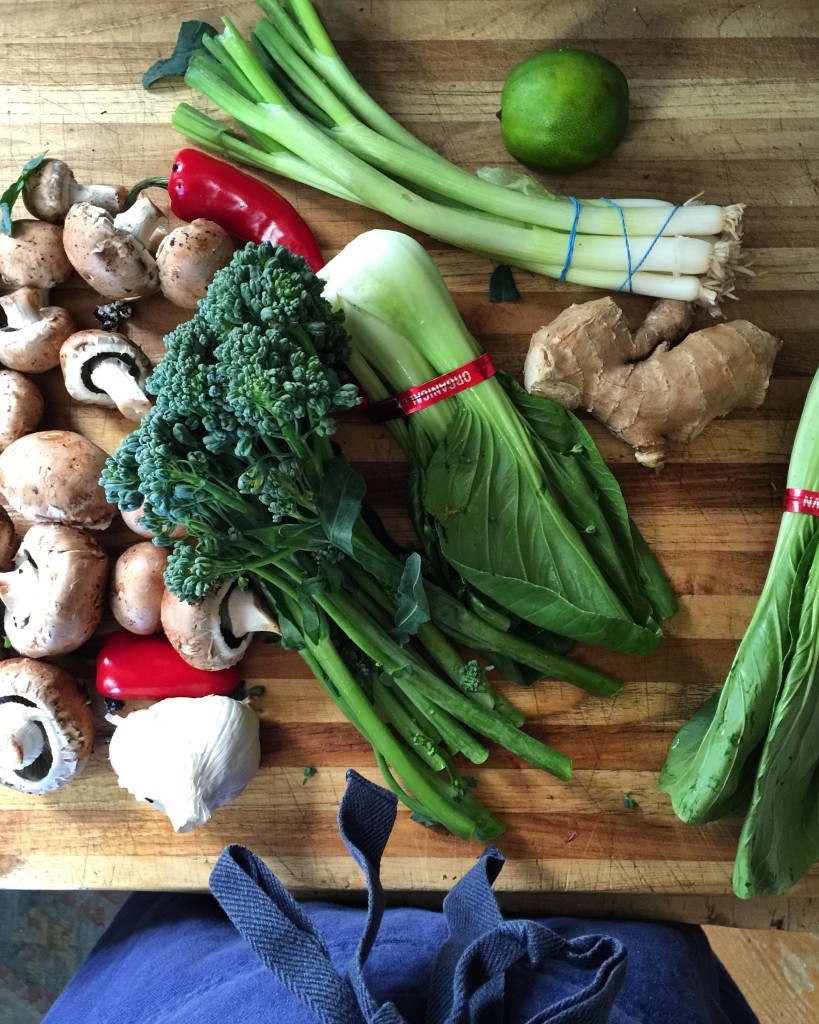 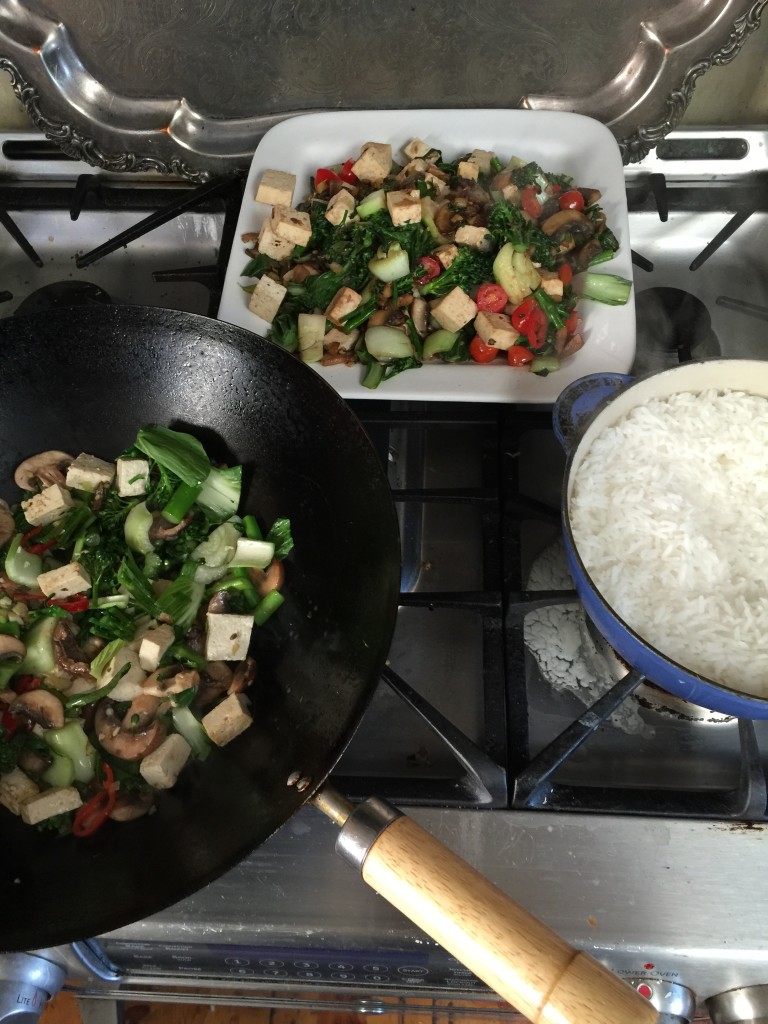 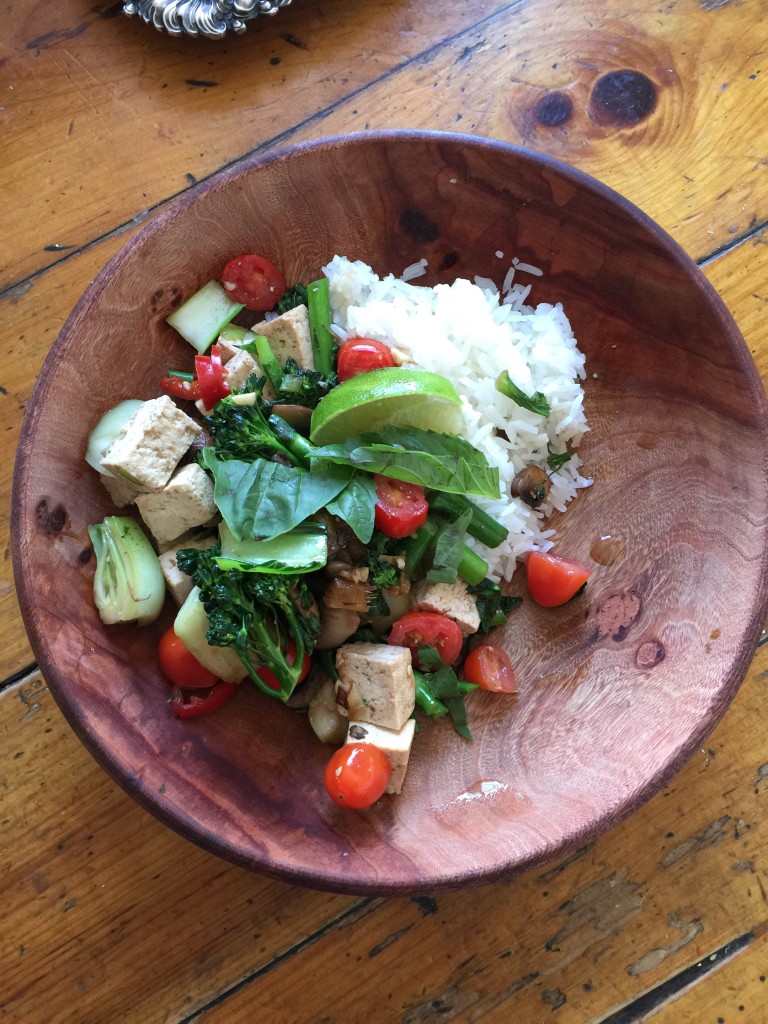 I make this type of meal at least once a week. It’s not the same type of stir-fry my  mom made in the 70’s with leftovers from last night’s dinner. No disrespect, because I loved that dish (often based around leftover teriyaki pork). But over my last few decades of professional cooking, I’ve learned a lot about the different techniques used for stir-fry and how they differ from country to country. While many of the same ingredients are used, they are often combined differently, with flavors added in particular sequences.

This style is based on Thai-style stir-fry, described so simply and clearly in Hot, Sour, Salty, Sweet: A Culinary Journey Through Southeast Asia. The authors, Naomi Duguid and Jeffrey Alford, not only give a scholarly account of the food along the Mekong Delta, but manage to write recipes that are accessible and easy even for inexperienced cooks to grasp.

I published a version of their Thai-fried Rice in Mad Hungry: Feeding Men and Boys. It’s a foundation I use often, regardless of the ingredients on hand. There are two distinguishing factors: the flavor base is a combo of minced ginger, garlic and scallion, and the liquid seasoning is fish sauce, not soy sauce. And no matter how many mouths you are feeding, cook the food in batches, otherwise a crowded pan will steam rather than ‘fry’ the food. I always prep everything I need in advance, then divide it into 2-people portions for cooking. As long as I have the aromatics, some sort of vegetable (and hopefully a little protein), it’s an easy process to follow.