Stress and not Stress 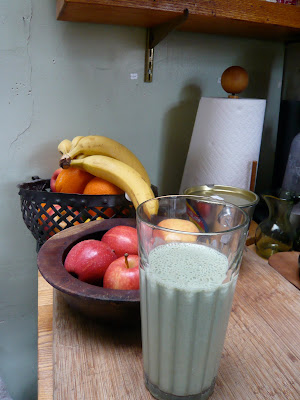 I cracked up last week watching Tina Fey on SNL doing her opening monologue where she riffed on the question of how she “juggles it all.” Out paraded a cast of characters mimicking all the support she has in her life (or at least what we think she might have in order to be a mom, writer and actress in both film and television). No one can deny that this is one cool lady–and it seems that whatever she’s doing, she’s enjoying her life. That’s the point, right?

So, on a wellness note–a couple things I want to share. While it may seem here that I’m awash in ooey, gooey, meaty, salty foods (often true)–I do also consume a lot of fruits and vegetables–try to exercise, ugh (the dog walks alone aren’t cutting it anymore though as the only exercise ’cause the tummy remains flabby). BUT, I also practice many little techniques at home for peace and sanity like mediation, breathing–blah, blah, blah. But seriously, I have my doctor to thank for the guidance. Dr. Roberta Lee, an integrative doctor (meaning her first line of defense is natural and holistic BUT if there’s a gaping hole in your arm she’ll send you for stitches or if your temp is 104–you’ll get you an antibiotic) has helped me in so many ways and I’m really psyched that so many of her techniques, ones that really work folks, are gathered in her new book, The Superstress Solution

One of the best things she turned me on to is this smoothie mix. I know–it looks nasty but don’t be deterred. Last fall, as I headed out on a long book tour of plane flights and early mornings, I was concerned about having energy in the morning and not getting sick. She sent me out with these packets. Worst case was I could just shake a packet with water, plug my nose and drink. Best case was to get it made with a smoothie. Even my sceptical son, who traveled with me–became a convert and still asks for one if he hears me making it for myself. The energy and vibrancy it brings lasts a while in the morning. You can buy this whole food smoothie infusion here